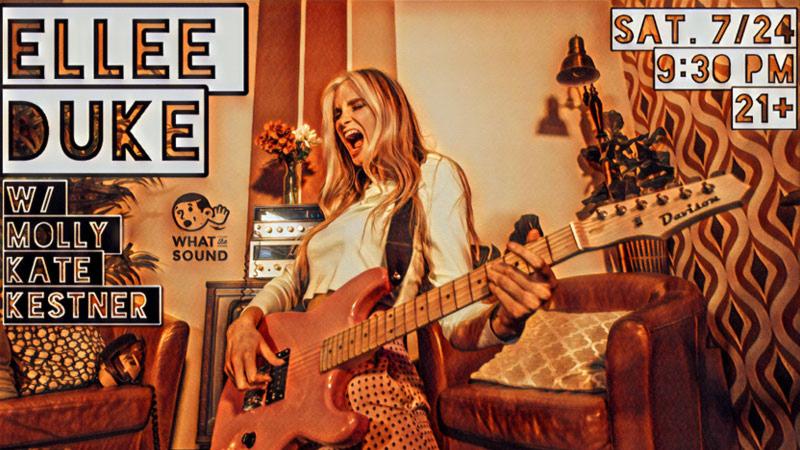 This stream has been cancelled.

Ellee Duke is an American Artist/Songwriter. Born in Utah, she began writing songs at age 5. By the time she was 17, she had written hundreds of songs and began making trips to Nashville with big dreams of breaking into the music industry. During these Nashville trips, she came in contact with Big Machine Music and signed an artist/publishing deal. She graduated high school early, moved to Nashville, and began writing and recording with a slew of top tier writers and producers.

In 2015, Ellee opened 11 west coast shows for LeAnn Rimes.  During this tour, Ellee wrote in LA with some pop writers and producers and made some of her favorite music yet.  She felt a strong sense that LA was where she wanted to be and made the jump. Later that year Ellee left Big Machine and signed a new publishing deal with Big Yellow Dog Music. Then in 2018, she decided to step away and become an independent artist.

Since then, Ellee got her first Billboard #1 in 2020 with a song she cowrote called “Craving” that she collaborated on with Arty and Audien. She opened her own entertainment company called New Me in April of 2021 and is making strides as not only an artist but a business woman in the industry. She’s had cuts with Alexander Stewart, Ali Simpson, SJUR, Lulleaux, Erika Costell, and has some exciting ones in the works.

She’s currently getting ready for her next roll out of original music, and telling her story in a vulnerable and profound way.