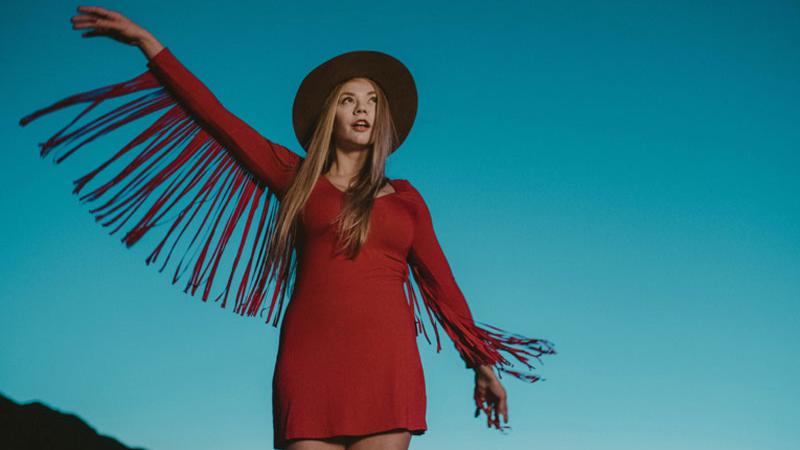 This stream has been cancelled.

Attraction is inexplicable. It’s pheromonal, quasi-spiritual, physiological and physical. For songwriter-pop artist Natalie Gelman, the pull to music has almost been innate. As an eight-year-old, she freely roamed the wilds of New York City, stoking the fire of her artistry, spurred on by violin and piano lessons, and her innate singing and songwriting gifts.

The Ojai, California-based artist has aptly titled her milestone release, Moth To The Flame. This is her debut full-length for Blue Elan Records, and it features 11 co-writes with producer Charlie Midnight (Joni Mitchell, Katy Perry) who was an early champion of Natalie’s talents as a singer-songwriter. It has the added distinction of being mixed by Grammy award-winning sound engineer Jason Mariani (Lissie, Mumford & Sons) and mastered by Grammy award-winning engineer icon Bernie Grundman (Michael Jackson, OutKast).

Moth To The Flame was born out of struggle. Looking to take her career to new heights, Natalie set out to do something different than she had done before, and that meant building an album with precision and direction that would be uncompromising in its execution and creation. This led to long, late hours in the studio; days, weeks, and even months between recording sessions, but Natalie so believed in her vision she refused to settle for anything less than perfection.

Her never-say-die work ethic has paid off for Moth To The Flame as Natalie has issued her most assured artistic statement to date. “I have put years into this album. While working on it, I got married, lost my mom to Alzheimer’s, and had the opportunity to open for major artists,” she says. “These songs have taught me to focus on the love you can give and the integrity with which you live your life.” The 13-song album is a sublimely melodic and heartfelt blend of polished production, telepathic musicianship, and finely crafted pop with emotionally raw lyrics and storytelling. Natalie’s songwriting recalls sophisticated-but-still-pop tunesmiths such as Jewel, Sara Bareilles, and Jason Mraz. Her songs are subtly lush, detailed with ethereal atmospherics, majestic cello flourishes, chiming electric guitars, stately piano, and layers of dreamy vocals.

“I feel an everlasting draw to music” says Natalie, “sometimes at the expense of the rest of my life. Like a moth to a flame, I continue to drive towards it, even when the price is frustration or pain. Sometimes we need to experience adversity to truly appreciate our purpose, and music is that purpose for me”