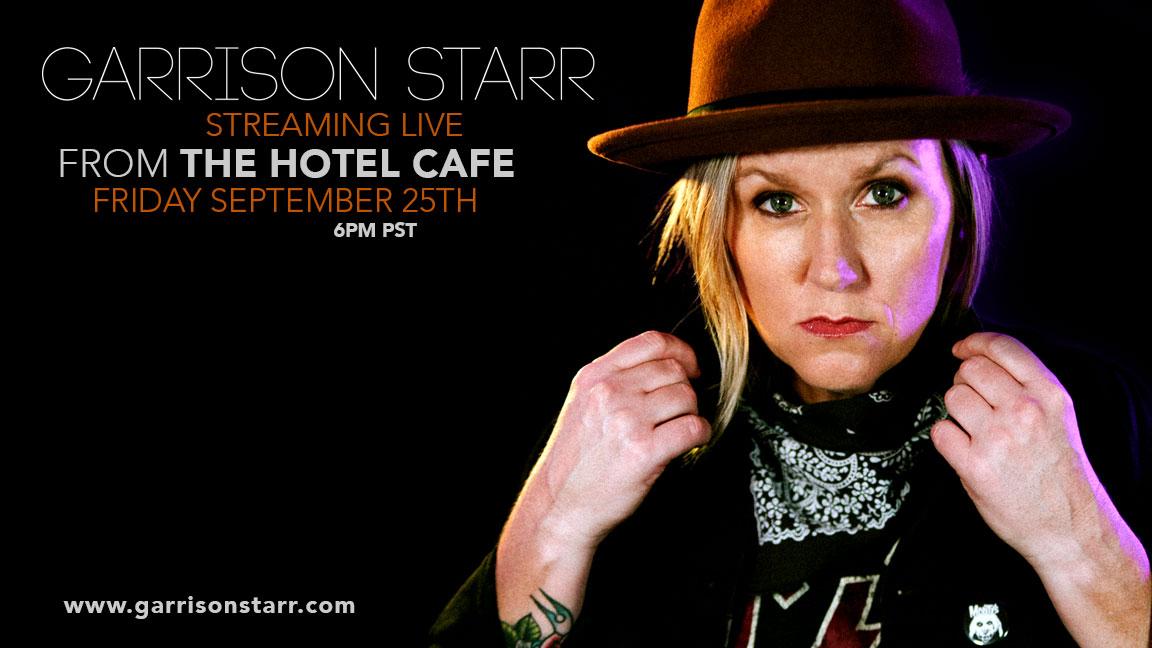 Garrison Starr is a singer, songwriter and record producer based in Los Angeles. Her latest musical release, "What If There Is No Destination" was released June 2017. Starr has released 15 albums as a solo artist.

Known for her vibrant and impassioned live performances, Starr’s shows have been described as “marrying pop smarts and Americana grit with a voice of remarkable power and clarity”(gomemphis.com 2012).

Starr is a full time songwriter in Los Angeles whose songs have been featured on numerous TV shows and commercials. She regularly collaborates with various artists on projects and has found great success writing for TV and film.

In 2016, Starr collaborated with long time friend, Margaret Cho, and produced “American Myth.” Starr also co-wrote, played guitar and sang on the record. The album was nominated for a Grammy in the Comedy category.

Garrison's love for truth-telling, good whiskey and human connection has made her a darling of the singer-songwriter world.

NOTE: a tip does not give you access to the Live Broadcast and is not refundable