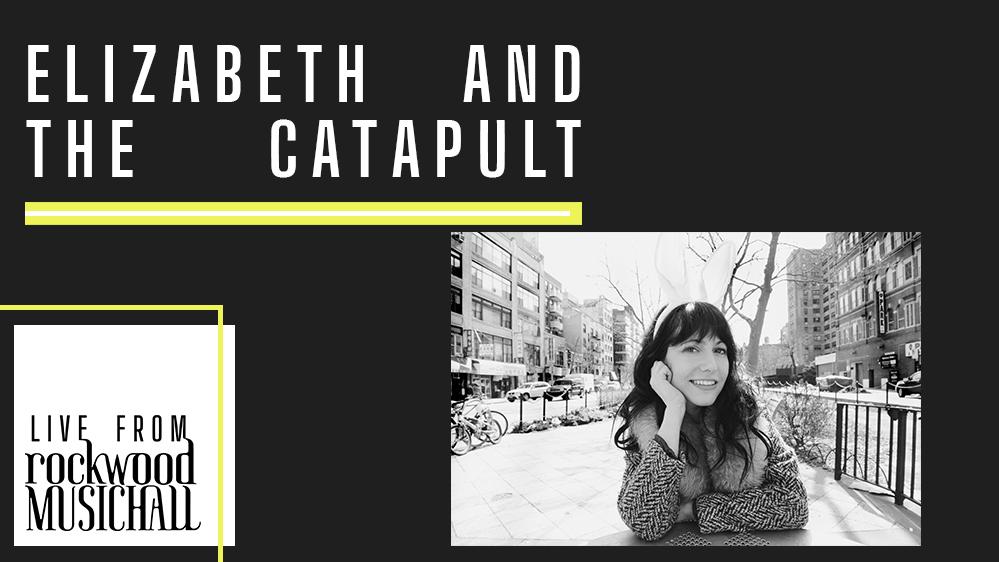 Elizabeth and the Catapult - Live from Rockwood Music Hall

This event took place on December 2nd, 2020, but replay to watch at your own pace is available!

REPLAY STARTS AT THE 15 minutes, 50 seconds MARK Replay available for 48 hours from the end of the show

Elizabeth and the Catapult

Elizabeth Ziman, who performs as Elizabeth and the Catapult, is a critically acclaimed singer/songwriter from New York, living and working in Brooklyn. She's toured​ with the likes of Sara Bareilles​ and Kishi Bashi; collaborated with Esperanza Spalding, Gillian Welch, Blake Mills​ and ​Ben Folds; scored, with Paul Brill, a variety of international award-winning documentaries including Trapped, a Peabody winner; and won the 2015 Independent Music Award for Songwriting, Folk category. Her songs have been featured in national television campaigns for Google, Amazon, Sky TV, and "​So You Think You Can Dance"​.

Always writing, Elizabeth has narrowed her vast collection of previously unrecorded material down to her fourth full-length studio album KEEPSAKE, produced by Dan Molad (Lucius) and featuring collaborations with Richard Swift (The Shins). KEEPSAKE is her most personal and cohesive recordyet, comprised of both upbeat and sentimental songs, many of which came to her in dreams. The album was produced by Dan Molad and Peter Lalish (Lucius), featuring performances from Rob Moose (Bon Iver, Antony and the Johnsons, Joan as Policewoman) and Richard Swift (The Shins)