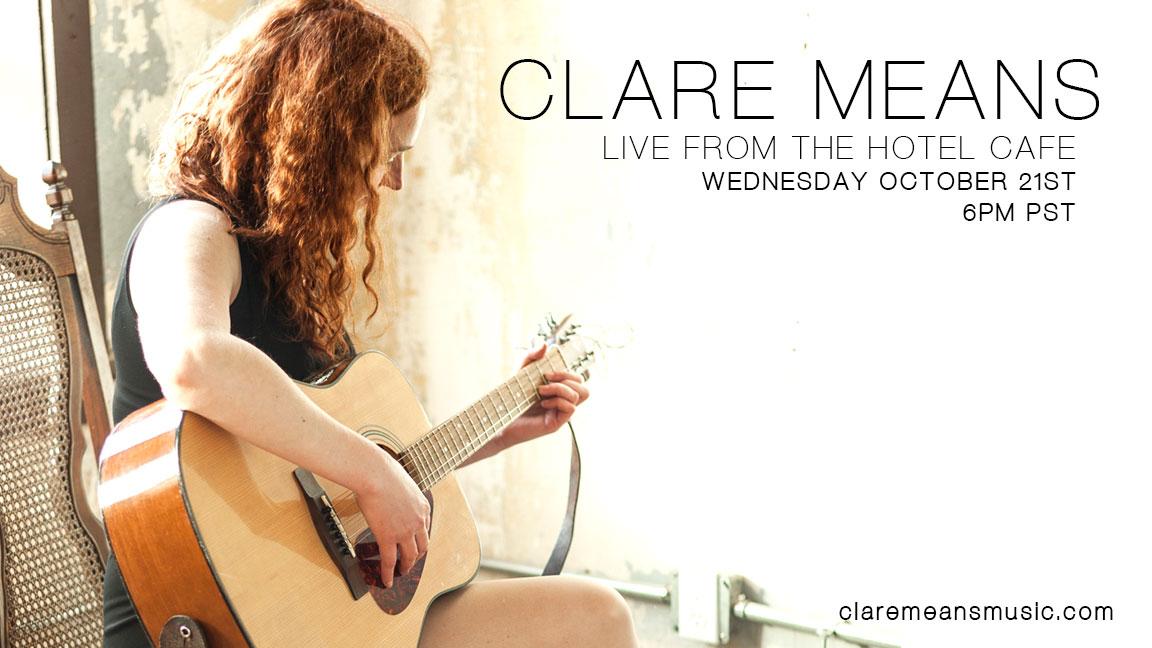 Clare Means’ latest album, Sidewalk Astronomy, debuted at #1 on the iTunes Singer/Songwriter charts and #66 on the main iTunes all genres charts.

Clare made a name for herself as one of LA's most popular street performers. She built a dedicated following by being one of very few to play almost exclusively original music. While most depend on covers to stop foot traffic, Clare learned to work on her songwriting craft and challenged herself to capture audiences using her own songs. In 2015 Clare began live streaming her performances on Periscope. She is now one of Periscope's most watched musicians and has made it onto the trending list multiple times and has over 100,000 followers on the app. Since the Covid 19 pandemic Clare has also started multi-streaming to many platforms and can be seen performing live on Periscope, Twitch, Facebook, Youtube and Instagram.

Clare has been featured in many blogs and magazines including Billboard, No Depression, Pitchfork, American Songwriter, PopMatters, Buzzbands LA, and Digital Music News and in the top selling books “How To Make It In The New Music Business” Editions 1 and 2. You also can hear many of the songs from Sidewalk Astronomy on various NPR stations across the country. Read more about her at claremeans.com