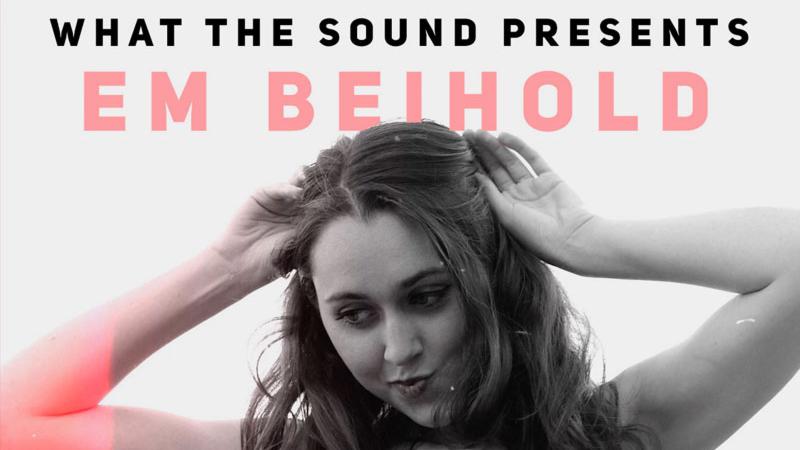 This stream is over.
Ended Tue Aug 3 at 8:40pm PDT
Earlier

What The Sound Presents: Em Beihold

Em Beihold is a 22-year-old singer/songwriter based in Los Angeles, California who fuses together influences of pop, alternative, and folk into her writing. She cites her biggest musical inspiration as Regina Spektor.

In 2016, Beihold was commissioned to write a song for indie film entitled I’m Not Here, directed by Michelle Schumacher and starring Oscar-winning actor J.K. Simmons. The track from the movie, entitled “Not Who We Were,” is included in Beihold’s debut EP which was released in 2017.

In July 2020, Beihold posted a viral TikTok with the chorus of what became “City of Angels.” Within three months, “City of Angels” amassed 1 million Spotify plays with no editorial playlists.

As recently as May 2021, Beihold posted the first verse of her newest original song “Groundhog Day,” which received over 20 million views between TikTok and Instagram Reels. The song went on to make Spotify’s Viral 50 in the United States, Canada, and the Philippines.