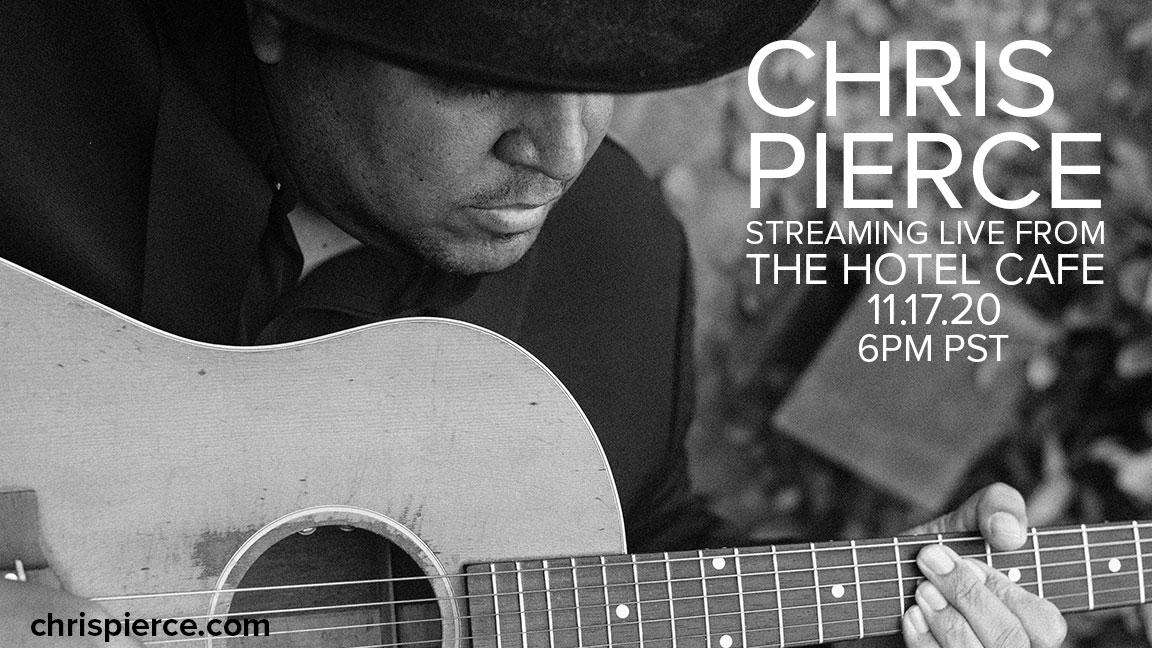 Chris Pierce has released eight independent albums worldwide. Pierce’s hit co/write "We Can Always Come Back To This” was prominently featured in three separate scenes on the #1 US Primetime TV show This Is Us and was nominated for "Best Song/Recording Created for Television" by The Guild of Music Supervisors. The song was also nominated for “Best Song” by the Jerry Goldsmith Awards. In 2020, Pierce’s new song “It’s Been Burning for a While” debuted on Playing for Change and made its radio premiere on 88.5FM KCSN and was also featured as Nic Harcourt’s “Fresh Squeezed Track of the Day” on KCSN.

In addition to headlining road tours, he has either performed on stage with or opened worldwide tours for Seal, B.B. King, Rodrigo y Gabriella, Jill Scott, Sara Bareilles, Buddy Guy, Keb’Mo’, Al Green, Blind Boys of Alabama, Cold War Kids, Toots and the Maytals, Aaron Neville, Jamie Cullum and many others. His voice & music have been heard in films and T.V shows including This is Us, Rosewood, Soul Men, Crash, True Blood, Brothers & Sisters, Single Ladies, Eli Stone, In Plain Sight, Dawson's Creek, Army Wives, Crash as well as Lexus & Banana Republic ad campaigns. His song “We Can Always Come Back to This” charted at #1 on the Billboard Blues Chart for consecutive weeks and #12 on the iTunes Top 100 songs.

Pierce is also recording and performing with War & Pierce, a music project with musician Sunny War. He recently received the high honor of working on a classic Soul recording project in Muscle Shoals, AL with The Swampers, Muscle Shoals Horns & Shoals Sisters as the lead vocalist on a new critically acclaimed album “You’ve Got To Feel It!”. He also just finished writing and composing the highly anticipated original work for theatre entitled Reverend Tall Tree’s Blues Opera of which he performs the leading role in. www.chrispierce.com