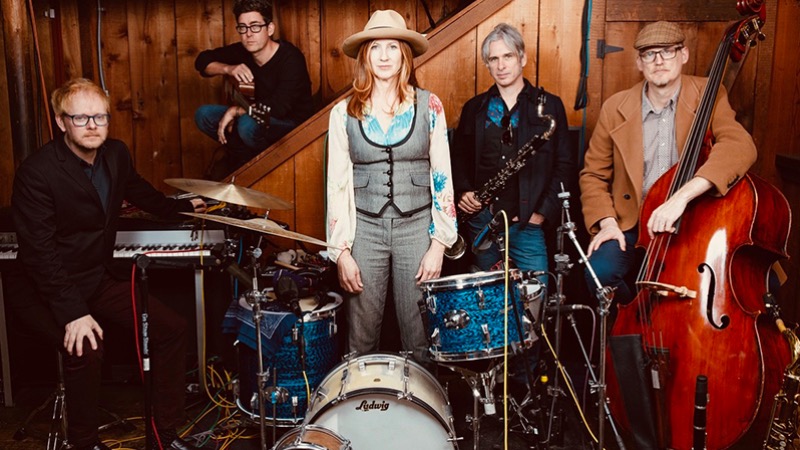 Singer-songwriter, Melissa Sullivan is based in Los Angeles. Her debut album, Late Last Night, Daring Sparrow Ent., recorded at Sir Tiger Studios in Culver City, CA., is a hypnotic blend of pop, jazz and blues. “Her voice evokes memories – yours sometimes, imaginary ones at other times, even cinematic memories of scenes in movies that have stuck with you and defined your vision of love. Late Last Night is smooth, sweet, mature, ranging from cocktail bar smokey to clear as an evening sunset. It gets under your skin and into your gut.” Patrick O’Heffernan, Vent Magazine.

Sullivan grew up on Air Force bases around the world from Wichita Falls, Texas to Naha, Okinawa, Japan. Through her travels one thing remained consistent, music. In L. A. Sullivan has played Room 5, El Cid and Largo. Baby Sue Magazine says, “For us, the mark of a truly great singer is one who can sound incredible while making it all sound sooooooooo easy. Peggy Lee had this quality…Sullivan has that same cool and collected aura.”

Sullivan is also an accomplished actress. She received her Bachelor of Fine Arts in theatrical studies at the California Institute of the Arts and is a lifetime member of the ACTOR’S STUDIO. Her film & television credits include ROOMATE WANTED, FINDING REDCLOUD, S.F.W, and the award-winning comedy FOLLOW THE BITCH as well as stints on SHAMELESS, HAWTHORNE, DRAGNET, E.R., and M.T.V. In 2019 she appeared on the Odyssey Theater mainstage as Stella in STREETCAR NAMED DESIRE, winning Los Angeles Ticket Holders Best Supporting Actress.