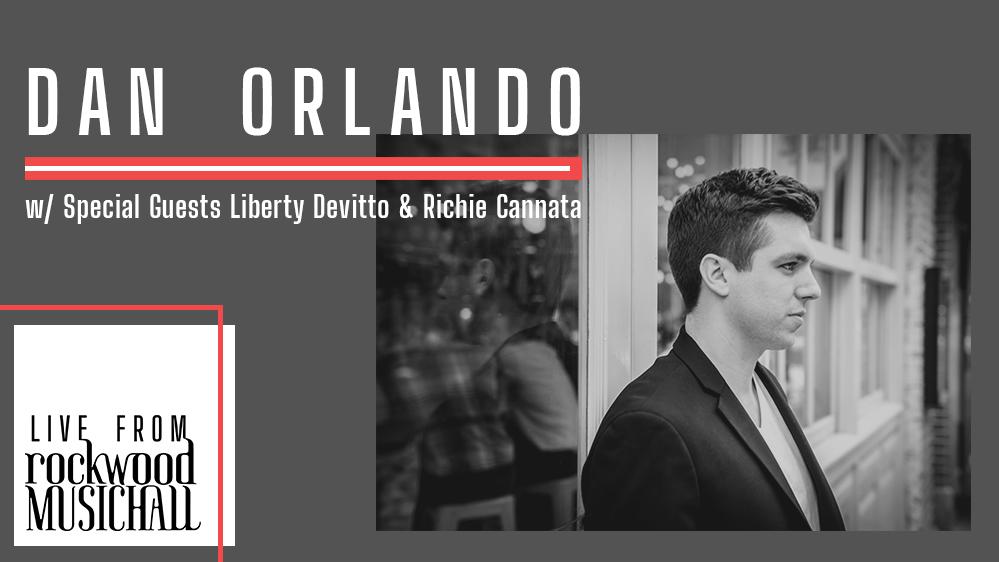 This event took place on November 24th, 2020, but replay to watch at your own pace is available!

REPLAY STARTS AT 4:15 Replay available for 48 hours from the end of the show

High-energy, emotionally-charged rock ‘n’ roll with brilliant melodies seeping out of every pore, Dan Orlando’s music is immediately unforgettable; he is a pianist, pop craftsman, captivating performer and singer/songwriter for whom music is more than the universal language: It’s the only language. ​ Blessed with perfect pitch and a multi-octave vocal range, Dan has been a professional musician for nearly half of his life. “Music,” he says, “is the most honest form of expression for me. I get across my emotions much more clearly through music than I do through words or body language.” ​ From West Grove, Pennsylvania, Dan was something of a child prodigy who knew Mozart before he knew his ABC’s. Indeed, he was one of those rare kids who loved his afternoon piano lessons. The life-changer came later. Young Dan was digging through Dad’s CD collection when he pulled out Elton John’s classic Goodbye Yellow Brick Road and pressed play. ​ “It was like this lightbulb went off in my head,” he remembers. “I didn’t know a piano could rock. At that point, all my experiences with piano were classical and pretty rigid.” ​ One by one, the tumblers clicked, as Dan Orlando devoured the Elton John catalogue, as well as the iconic mid-period albums of Billy Joel and other singer/songwriters who delivered the dynamics through piano, articulate lyrics and pure, soulful vocals.

He also idolized Queen’s frontman Freddie Mercury, for his elastic voice and flare for the onstage dramatics. He fed his soulful side by absorbing the sounds and styles of Motown greats Stevie Wonder and Marvin Gaye.

Later, Dan graduated with a Bachelor’s degree in jazz piano from University of Cincinnati’s College Conservatory of Music, where his favorite artists were Keane and Coldplay - “Any band that featured piano prominently, great playing in a way that felt like it reached average, everyday folks that weren’t musical, I was struck by that,” he says. “So I didn’t care what era it came from. My interests as a fan were driven by my wanting to be a piano player.”

Today, along with his band, his unique blend of pop, rock, R&B and balladry is connecting with fans of every genre, from every generation.