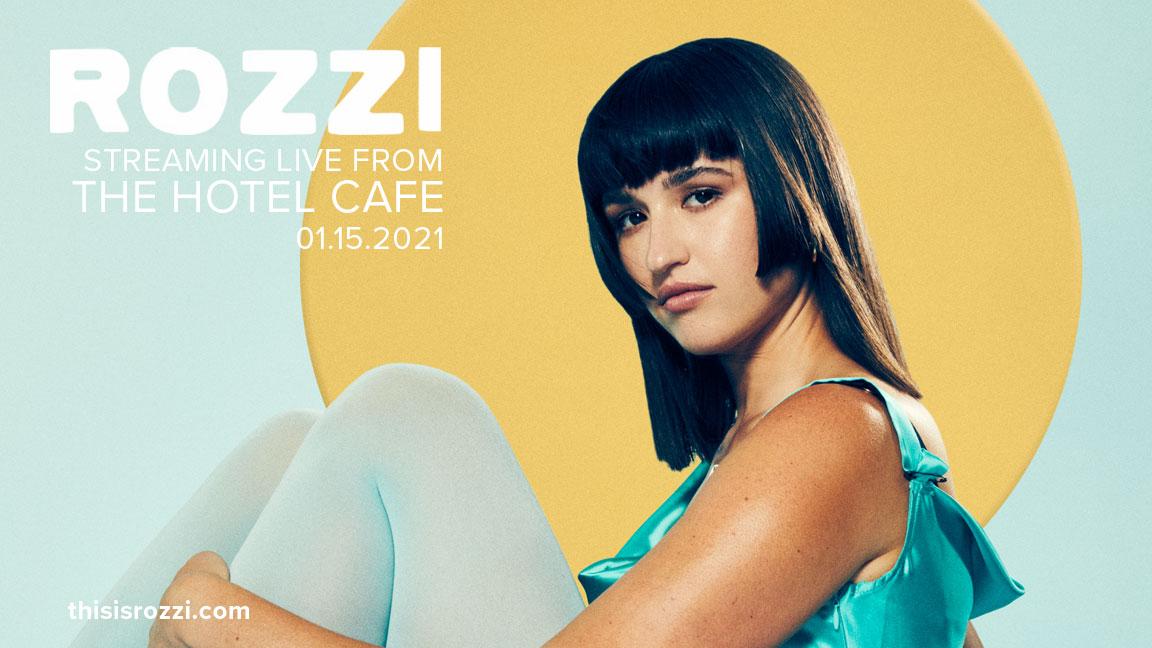 Rozzi - Live From The Hotel Cafe

Rozzi takes the stories and secrets typically reserved for conversations among confidants or lovers and turns them into songs. Not just any songs though... her bold delivery and skyscraper-size range amplify the meaning of each and every lyric with smoky soul spirit, engaging eloquence, and a pop punch.

After collaborations with the likes of Kendrick Lamar and Pusha T, a sold-out arena tour supporting Maroon 5, and a steady musical output, the San Francisco-born singer and songwriter delivered her first full-length album, Bad Together, in 2018. It gathered millions of streams and critical acclaim across the media - from Rolling Stone and Time, to Teen Vogue and Yahoo! Along the way, she even launched the “Ugh! You’re So Good!” podcast with co-host Scott Hoying of Pentatonix, which has continued to garner thousands of weekly fans since its recent release.

After S-Curve Records founder Steve Greenberg caught a live show in late 2019, he signed her to the label. Now, she invites listeners closer than ever before with the release of her single “Best Friend Song,” which she originally wrote when her real life best friend, Tatti, moved out of their shared apartment.

Additional new music from Rozzi will follow over the coming months, including her latest song “Orange Skies,” (released October 14), which was inspired by the West Coast wildfires and will raise money for charities involved with the relief effort.