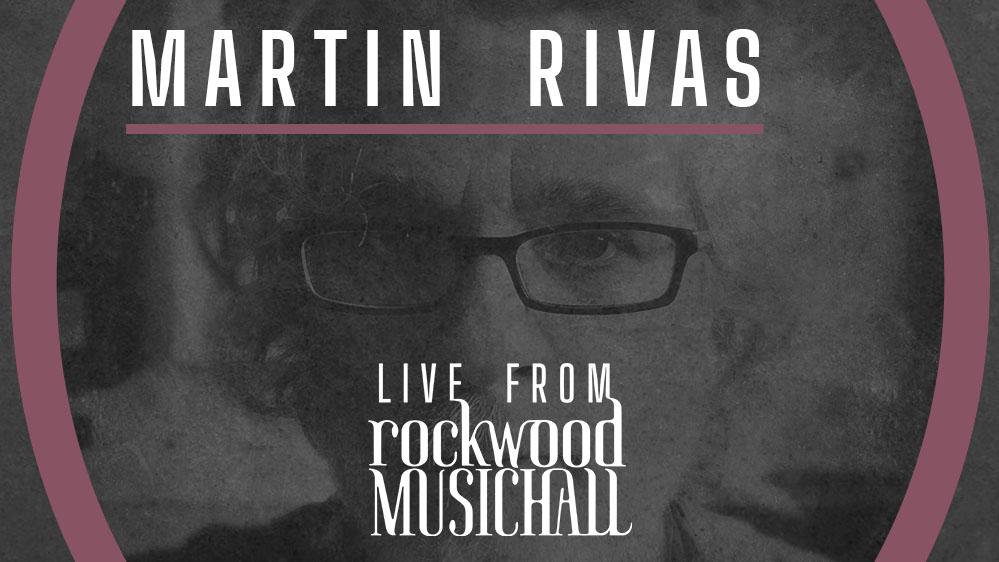 This event took place on February 3rd, 2021, but on-demand replay is available for 1 WEEK from the end of the show (through Feb 10)!

FOR REPLAY, PLEASE FAST-FORWARD ~15:30MIN TO THE START OF THE SHOW!

This show has been RESCHEDULED from 1/28 to 2/3. All previously purchased tickets will be valid using the same link as the previously scheduled show. The show will be viewable on-demand for up to 1 WEEK from the rescheduled date.

Martin Rivas has sought himself in sound from the moment he fell in love with music at age 3. His first 45 purchase, "Soul Makossa," by Manu Dibango, was placed up on the kitchen windowsill for safe keeping when he headed off to kindergarten. Upon arriving home, he found the record to be as warped as a sine wave thanks to the bright sunshine pouring upon it all day. Lesson learned. Take good care of music, and music will take good care of you.

Blending disparate elements such as ’60s soul, improvised sonic experimentation, and garage rock with a distinctly modern folk edge to create a sound that is both instantly inviting and exceptionally deep (avant-folk-soul, if you will), Martin's songs practically smile at you from the speakers, even when that smile masks a bit of angst, or longing, or searing hurt. His lyric writing has served as his personal method of therapy for a few decades now, and it seems to be working, for him, and perhaps for the devoted listeners he has shared his music with over the years, because they ain't abandoned him yet.

Fatherhood has introduced Martin to his greatest passion of all, and while he is savoring every possible second with his relatively new pal, he’s found the time to produce and release his seventh and eighth albums, The Agreeable Passage of Time, and Ends and Odds Vol. 1, both which subconsciously chronicle the profound simplicity of these moments he's currently immersed within.