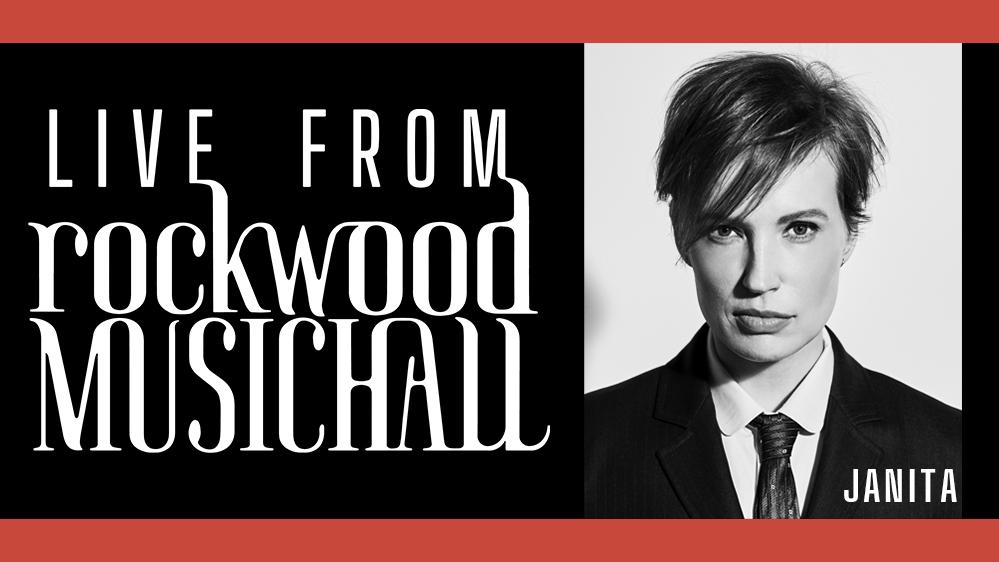 PLEASE NOTE: This event is for the 2PM EST / 6PM GMT showing.

“She not only writes beautifully powerful songs, but sings with such passion and conviction that it’s hard to take your eyes off her.” ––The Telegraph (UK)

“This woman’s got the goods.” ––Billboard

Janita celebrates the release of her new single, “Not What You’re Used To,” with a pair of full-band global live-streaming concert events on October 1st––one for Europe, and one for North and South America. Each of these two concerts will be broadcast in hi-definition audio and video live from the stage at legendary Rockwood Music Hall in New York City. The first concert is at 2pm EST (9pm in Helsinki), and the second at 8pm EST.

Around the world that night at midnight, “Not What You’re Used To” will be released everywhere music is sold and streamed. This new single is the fourth from Janita’s forthcoming new album, Here Be Dragons, which arrives on February 19th, 2021. The album was produced and recorded by indie-music luminary Blake Morgan in New York City.

Critical acclaim fused with commercial success is rare in the music world, but for Janita, this coveted combination is simply the norm. Already established as an iconic recording artist and music figure in her native Finland, Janita (pronounced YA-nee-tuh) moved to New York City early in her career, building on those initial successes by launching her American recording career with two Top-40 Billboard hits. Her albums that have followed, Haunted, and Didn’t You, My Dear?, have cemented her reputation as a powerful multi-instrumentalist, songwriter, and arranger—while garnering further recognition for her electrifying and unique talent as a singer. That reputation has propelled her across 60,000 miles of touring for over 100 performances in the United States and Europe over the past three years, alone.

Paste Magazine declares, “Janita mesmerizes…her distinctive vocals are her stand-out asset, ranging between an edgier Feist and a softer Florence Welch.” Baeble Music adds, “Combining the vocal intensity of Bat for Lashes’ Natasha Khan with the turbulent rock edge of St. Vincent, Janita continues to mark herself as an artist capable of producing music of great beauty and unsettling power.”