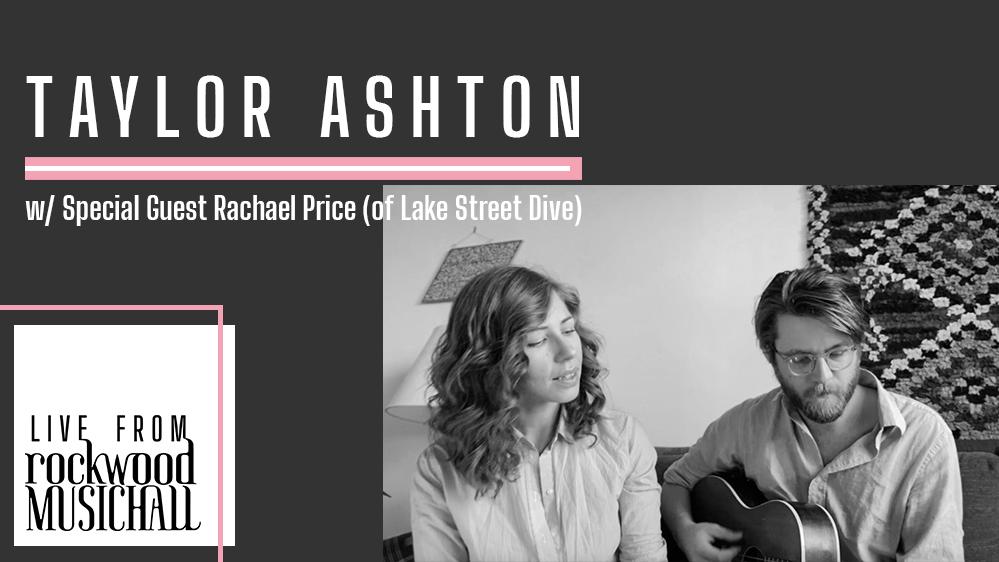 This event took place on December 9th, 2020, but replay to watch at your own pace is available!

REPLAY STARTS AT THE 13 minutes, 50 seconds MARK Replay available for 48 hours from the end of the show

Taylor Ashton was raised by his father in Vancouver, Canada. He now lives in Brooklyn, where he wakes up around 8 a.m. and begins his day by playing Bananagrams with his wife. He doodles constantly, on iPads and napkins. He buys all his clothes second-hand, and he once sewed the top of socks onto the sleeves of a jacket that were too short for him. And now, he’s bringing that creativity and ingenuity to his first ever solo album, The Romantic.

Taylor’s career began in Vancouver as frontman and songwriter for Fish & Bird. The Vancouver Folk Fest called them “Canada’s most unique folk-rock ensemble”, with reviewers taking note of Taylor’s “off-kilter lyrical excursions” (The Georgia Straight) and his “rich, compelling voice” (Exclaim!). From 2006 to 2014 they recorded 4 albums and exhaustively made the rounds of the festival and touring circuit of Canada, the U.S., and the UK.

The 12 new songs on Taylor’s solo debut chronicle leaving a relationship, a band, and Canada. He moved from Toronto to New York City, ready to take a break from the heavy touring schedule of Fish & Bird and to find himself in a new setting. He survived by singing and playing clawhammer banjo in the subway, turning heads with covers that leaned more Motown than hoedown. Over the years he also made a living as an illustrator, an audio book narrator, an occasional sideman for British country soul singer Yola, a songwriting teacher, and was even hired by the New York Times to write a song about the debt-ridden subway system. Fueled by $1 pizza slices and the intoxicating creative energy of his new home town, he wrote over 400 songs. “A lot of them were pretty dumb,” he said. “But some that I thought were dumb turned out to be good.” (See track eight on the album, “Everybody Used To Be A Baby”).

The first session for what would become The Romantic happened while Taylor was living above the old Mason Jar Music studio in Borough Park, Brooklyn, with engineer Jacob Blumberg. Playing clawhammer banjo through a guitar amp, Taylor played a few new songs live off the floor in duo formation with a drummer, and this unlikely combo forms the rhythmic backbone of the album. Over the next two years, recording occurred in stops and starts. Taylor rode between friends’ houses and studios on a yellow bike he built himself, recording instruments and vocals piece by piece. Slowly but surely, with no specific deadline.

In the meantime Taylor teamed up with fellow songwriter Courtney Hartman to record a spare duo album. 2018’s Been On Your Side was nominated for an Independent Music Award and earned praise in Rolling Stone, who said it “packs a punch in today’s mainstream.”

Some friends started to wonder when, if ever, the solo album would be finished. Eventually, Brooklyn producer Alec Spiegelman (Cuddle Magic, Ana Egge) helped finish the initial sessions and helmed the recording of 6 new ones at his studio. Jacob Blumberg, who engineered the first sessions, was brought back to do the final mix, and shares co-producer credit. The result is a love letter to this time of Taylor’s life; an ode to the devastating, ecstatic, gritty, sexy decade of his twenties, woven together through his 5- string banjo with the help of 18 different musicians from the Brooklyn music scene and all across the U.S. and Canada.