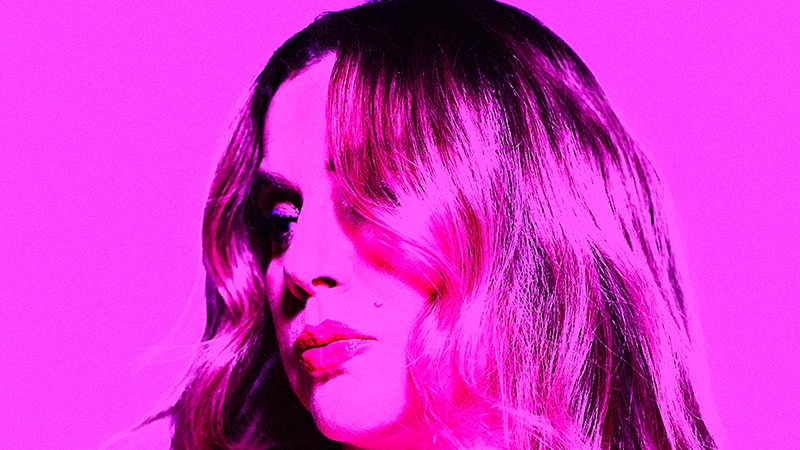 Los Angeles indie-pop vocalist KiKi Holli creates stunning and soulful music woven with intricate emotive storytelling for a truly captivating and cathartic listening experience with an eclectic musical aesthetic. Holli draws on inspiration from her rich theatrical background, as well as from iconic artists such as PRINCE, Dusty Springfield, The Cure, Stevie Nicks and Siouxsie and the Banshees.

Crafting a unique sound, KiKi Holli’s music is beautifully vulnerable and nurturing, with themes of connection, healing, personal growth, and living in the moment. If her delivery seems genuine—empathetic even—that’s because it is. She’s been there.

“You know, Amor fati — love your fate, love whatever is in front of you and embrace the moment,” she says.

Holli’s debut single was a breathtaking cover of Roxy Music’s “More Than This”, a raw and intimate version of the celebrated 80’s hit. Collaborating with Grammy nominated producer Ethan Allen (Throwing Muses, Tricky, Black Rebel Motorcycle Club), she was inspired to release her own version of the song in the midst of dealing with intense grief and loss.

Her first original song, “NEW HIGH” is a celebration of simple pleasures, finding solace in your happy place and a returning to love after a time of hardship. With soaring vocals singing sunshine-dipped melodies over lush and blissful pop rock soundscapes, “NEW HIGH” is a welcome sonic escape, collaborating again with Allen to create a landscape of music that pulls the listener into the neon glow of a surreal joy ride down the coast of Malibu. The track received praise from the likes of Earmilk, Atwood Magazine and Buzzbands who proclaimed it “a day-brightener in which her crystalline vocals ooze optimism with every note”.

In her single “Play To Lose”, KiKi examines leaving a toxic relationship and finding your voice and confidence in the end. With layered vocals full of confidence and depth, and acoustic guitars dripping with nostalgia, “Play To Lose” is a radiating groove-infused roots pop single. “Play To Lose” reminds the listener to know your own worth and find your power even in the most hopeless of situations.

Her latest single, “Sun Playing Tricks,” is a sultry fever dream in a mirage of lost love. Sun Playing Tricks, again produced and mixed by Grammy nominated Ethan Allen, is an exciting alt-pop song with a soulful vibe. Recorded at Royal Triton Studios in Silverlake, CA. Mastered by Grammy winner, David Collins. The song is layered with vocals full of depth.

Atwood Maganzine’s Chloe Robinson says, “KiKi Holli is a profound singer/songwriter who creates music that is honest and haunting.”

With a new album in the works, KiKi Holli creates relatable music that culminates into a diary of hope for listeners across the globe.

Originally from Pittsburgh, PA, Holli was drawn to the arts from an early age, with her passions gravitating towards music and theater. Subsequently, she found solace in these disciplines and later earned her BFA in voice and theater for further exploring her unique talents. In addition to being a trained vocalist, Holli also grew up playing the guitar, saxophone and viola. Theatrically she has appeared on stage in the plays Of Mice and Men, Three Sisters and Twelfth Night, and also played the lead role in the Rocky Horror-channeling indie film Isle of Lesbos, celebrated by Swampflix as “a politically angry, deliberately offensive, post-John Waters, queer-as-f*ck movie musical with deep roots in drag & cabaret traditions.”

Most notably, Holli co-wrote and starred in Forever Dusty, a stage musical based on the life of British pop star Dusty Springfield. The production opened off-Broadway in 2012 at New World Stages in New York, garnering coverage from The Village Voice, Reuters, The New York Times and Out Magazine. From there, the play went on to run in Los Angeles and London, as well as other cities in the U.S. and U.K.