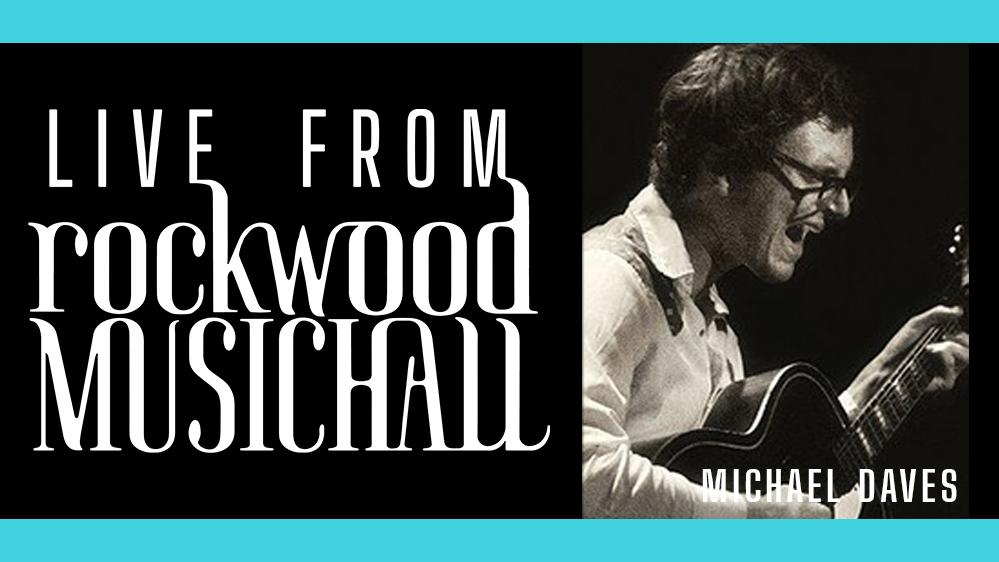 Michael Daves was born in 1977 in the southern empire of Atlanta, Georgia. He grew up playing bluegrass in that grand old tradition of staying up late & singing real loud. As a young, impressionable-type person, he spent his free time at the venerable Freight Room, Atlanta’s answer to the Opry. There he learned at the footlights of the masters: Dallas Burell, Del McCoury, John Hartford, Norman Blake, and many others, as well as family friends Whit Connah and Barbara Panter. Although he’s since moved north, the humid south remains, lodged in his heart and sinus cavities.

Heralded as “a leading light of the New York bluegrass scene” by the New York Times, Daves has garnered attention for his work with Chris Thile, Steve Martin, Tony Trischka, and Rosanne Cash in addition to his solo performances.

Daves’ most recent project is a two-album set, Orchids and Violence, released February 2016 on Nonesuch Records. Both discs are produced by Daves and have identical track listing of mostly traditional bluegrass songs. The first features straightforward interpretations of them and was recorded live to tape in a 19th-century church by Daves and a band of roots-music innovators: bassist Mike Bub, violinist Brittany Haas, mandolinist Sarah Jarosz, and banjo player and Punch Brother Noam Pikelny. The second disc was recorded in Daves's home studio and includes bass, drums, and electric guitar, mostly played by Daves, and takes a raw, experimental rock approach to the same old-time material. "The identical track listing makes for a good comparison study," says the New York Times music critic Nate Chinen in his review, "and to his credit, it can be hard to pick which version of a tune is best."

Daves previously recorded bluegrass standards on Sleep with One Eye Open, a duo session with mandolinist Chris Thile (Punch Brothers, Nickel Creek) which was done live to tape over four days at Jack White’s Third Man studio in Nashville. The album is a collection of 16 traditional tunes by bluegrass legends like The Monroe Brothers, The Louvin Brothers, Jimmy Martin, and Flatt & Scruggs. The duo makes for "a rip-roaring partnership," says the New York Times. "Bluegrass, in their hands, gets roughed up in the best possible way, with skill and fervor, and a touch of abandon." “Sleep With One Eye Open” received a 2011 Grammy Nomination for Best Bluegrass Album.

Although he is best known as a roots musician, Daves gravitated toward experimental music and jazz while studying at Hampshire College in Massachusetts. Relocating to Brooklyn more than a decade ago, he began to crave the social interaction and musical challenges of bluegrass: "In Western Massachusetts, I was mostly doing jazz. By the time I moved to New York, I was ready to leave that behind, get back to my personal roots in bluegrass music. There were good jam sessions in New York and I was excited to reenter a regular jamming culture in the city. And I was getting back into rock music, too. The Brooklyn scene in 2003 and 2004 was pretty fertile. There was a lot of great, kind of raw, experimental rock music happening at that time, drawing me in, scratching an itch."

Since 2006 Daves has maintained a weekly residency on Tuesday nights at The Rockwood Music Hall in Manhattan where he continues to draw a devout following, and uses the informal setting to showcase special guest appearances with a who’s who of bluegrass musicians including Noam Pikelny, Chris Eldridge, Sarah Jarosz, and Aoife O’Donovan. He is also an in-demand teacher and noted booster of NYC’s thriving bluegrass music community.