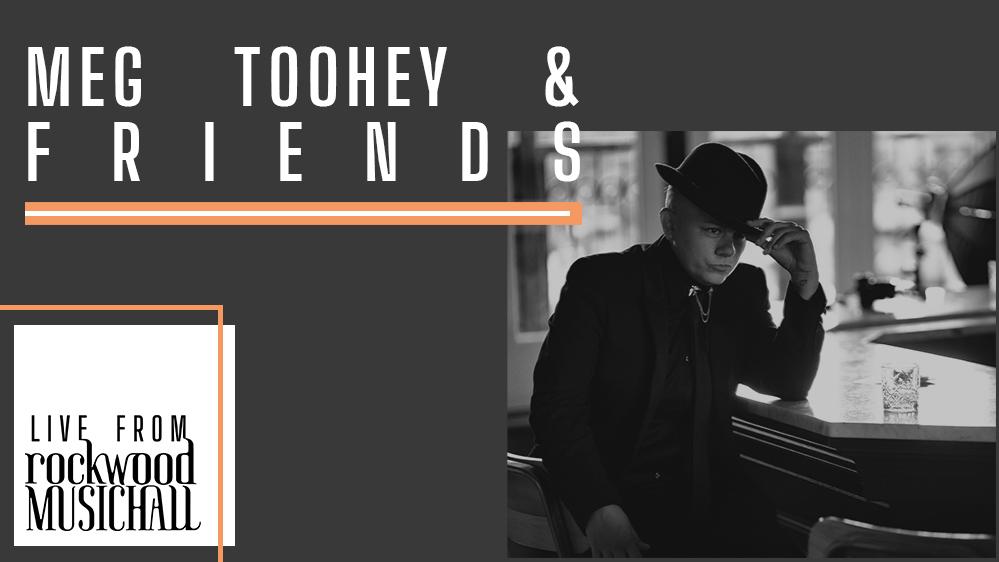 This event took place on November 2nd, 2020, but replay to watch at your own pace is available!

REPLAY STARTS AT 13:45 Replay available for 48 hours from the end of the show

“I’ve always been interested in every aspect of music––interested in playing everything and writing it all and then, ‘Oh, how does the string section work? How can I arrange the horns?’” Meghan Toohey says from her home in New Jersey. The Massachusetts native moved back to the East Coast after 11 years in Los Angeles thanks to receiving the offer of a lifetime: playing all and composing several of the guitar parts for Sara Bareilles’ Broadway production of Waitress.

Toohey’s peers and devoted fans know her work in moody pop-rock well. After founding and fronting critically acclaimed The So and So’s in Boston, she moved on to co-found The Cold and Lovely in Los Angeles and then to play guitar and other instruments with The Weepies and more. She also played with Boston-based Grammy-winning singer-songwriter Lori McKenna for years, and penned her own gems that found their way to hit TV series such as Pretty Little Liars, Vampire Diaries, Parenthood, Grey’s Anatomy, Private Practice, Army Wives, Gossip Girl, and other shows on MTV, PBS, and more, as well as films including Sex in the City, Friends with Money, Morning Glory, and Last Shift, which bowed at the Cannes Film Festival. As a producer, Toohey has worked with a diverse slew of indie artists Vivek Shraya, Garrison Starr, and comedian Margaret Cho, whose album featuring a Toohey-produced track garnered a Grammy nod. She has played guitar for artists like Sara Bareilles, Jason Mraz, Keala Settle, Kat McPhee, Manolo Garcia (Latin Grammy for Rock Album of the Year) and more.

In 2020 Toohey released her first solo album since 2001. "Butch" received critical acclaim from her peers and industry alike. Going back to her roots Toohey dug into the artists that resonated deeply with her like Bonnie Raitt, Neil Young, Joni Mitchell, Bob Dylan, Tom Petty and Springsteen. In other words, she dove into studying "classic songwriters making great music". It's what brought her back to the music she was always most drawn to listening to and making herself.

"For a long time I got into so many different styles, and they would all pull my ear in their own directions - first it was The Replacements and The Pretenders, then Jonatha Brooke and alternate tunings and weird harmonies. This record I’ve gone back to the “three chords and the truth” kind of vibe. I’ve put away all my tricks, picked up an acoustic and a capo, found the right feeling in my voice, and just gone with it, right back to where it started.