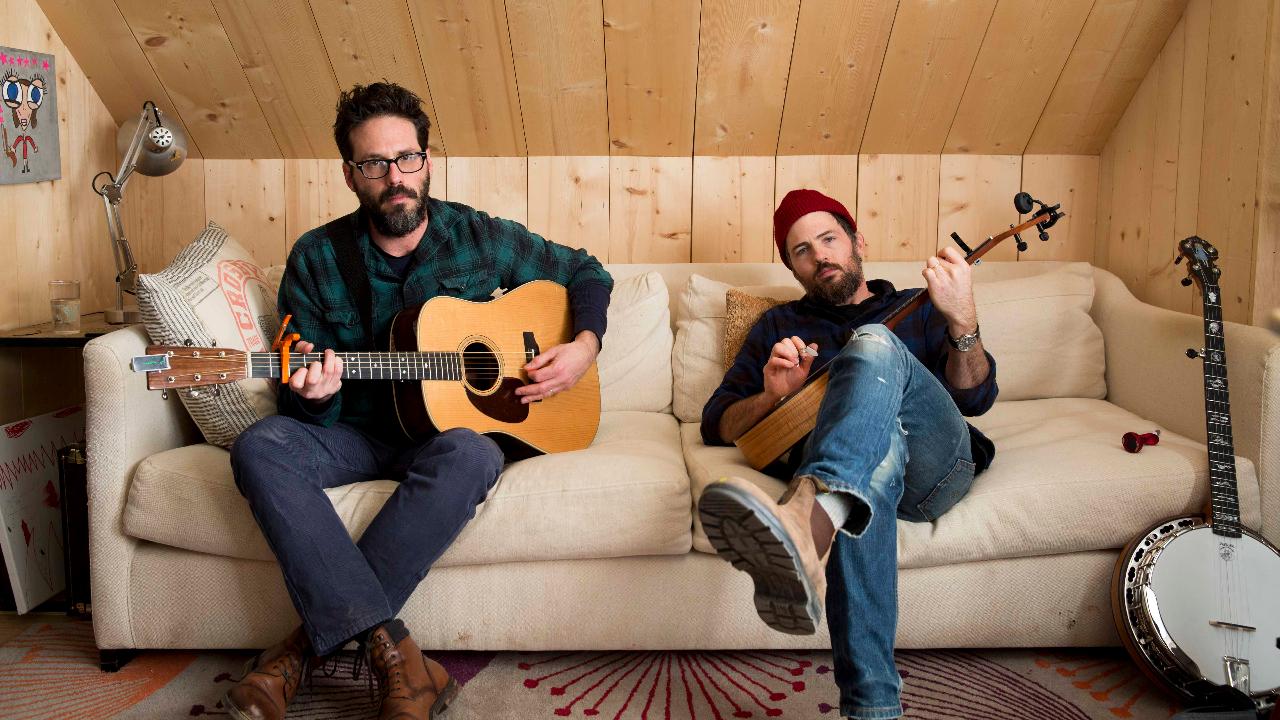 The Ballad of Clem Snide (film screening) followed by performance by Clem Snide with Scott Avett. In partnership with Woodstock Film Festival.

(Webcast will be available for 7 days following initial broadcast)

THE BALLAD OF CLEM SNIDE

The Ballad of Clem Snide is a documentary film about the band Clem Snide. The film chronicles the pursuit of an artistic life; and all the trials, the tribulations, the ups and downs, the luck and serendipity, the disappointments and frustrations that come along with it. Clem Snide’s story embodies a “lower-case-s” spirituality in a universal way.

The film documents the touring and promotion of the album Forever Just Beyond. Released on March 29, 2020, the record’s unveiling occurred at the precise moment of the first COVID-19 outbreak across the country. Forever Just Beyond was produced by Scott Avett of The Avett Brothers, who features in the film.

Named for a William S. Borroughs character, Clem Snide first emerged from Boston as a three-piece in the early 1990’s, and the group would go on to become a cult and critical favorite, picking up high profile fans from Bon Iver to Ben Folds over the course of three decades and more than a dozen studio albums. NPR highlighted the Israeli-born Barzelay as “the most underrated songwriter in the business today, with a sneakily firm grasp on poignancy and humor,” while Rolling Stone hailed his songwriting as “soulful and incisive,” and The New Yorker praised his music’s “soothing melodies and candid wit.”

Scott Avett grew up in a musical household in rural North Carolina. He is a founding member of the Grammy Award®-nominated band, The Avett Brothers. The band tours constantly, selling out arenas around the world. They’ve recorded multiple records with legendary producer, Rick Rubin, who MTV called the most important producer of the last 20 years. Judd Apatow and Michael Bonfiglio co-directed a documentary called "May It Last" that followed the band as they wrote their Grammy-nominated album, "True Sadness." Swept Away - a musical inspired by and featuring the music of The Avett Brothers - premiered in January 2022 at Berkeley Repertory Theatre to rave reviews from audiences and critics. Beyond Scott’s work as a musician, he is also an accomplished visual artist. His paintings and prints have been featured in coveted galleries. He describes his art as figurative work about spirituality and family/human relationships. Avett resides in North Carolina with his wife and three children.