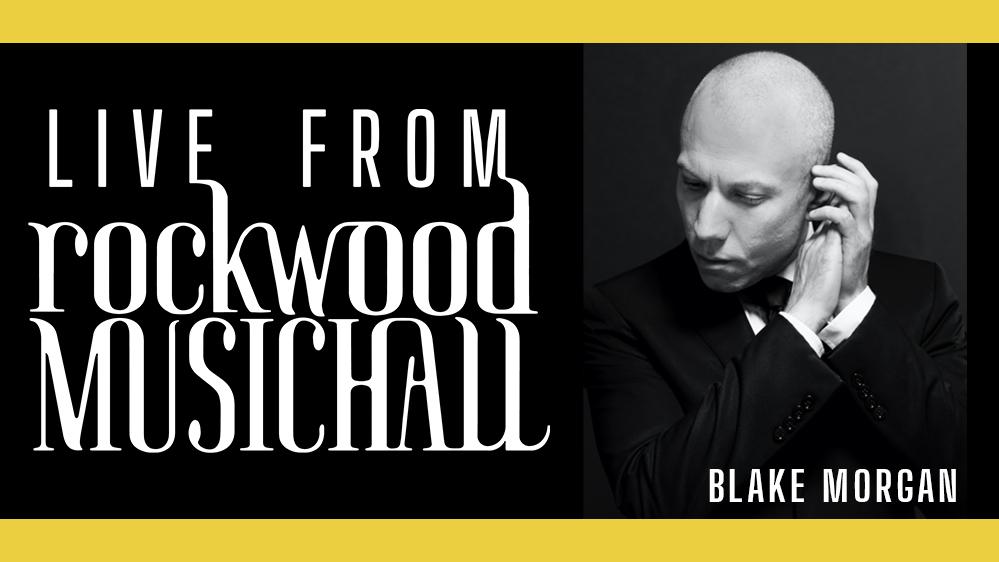 “Maverick recording artist, producer, and multi-instrumentalist Blake Morgan’s studio chops, smart lyrics, and gift for the melodic twist have earned him a loyal, critical and commercial following.” —All Music Guide

“He’s got killer pop-rock instincts, something that leaps out at you…a natural when it comes to fashioning sharp melodies and catchy choruses.” ––The Washington Post

“Blake Morgan has a voice that was made to be heard on the radio…inspired songwriting and passionate performances.” ––Billboard Magazine

Blake Morgan’s unprecedented five-year run of sold-out concerts at New York City’s Rockwood Music Hall fueled an extraordinary string of headlining performances for the artist around the globe from 2016 to 2020: over 200 concerts across 130,000 miles of touring on both sides of the Atlantic, with Morgan selling out concerts across the United States, the United Kingdom, and continental Europe.

Now, Morgan embarks on an exciting new endeavor––a series of Global Live Streaming Events from the stage at Rockwood Music Hall. This exclusive new series of concerts––broadcast in hi-definition audio and video––begins September 24th, 2020 and will run through May 20th, 2021.

Native New Yorker Blake Morgan is a recording artist, multi-instrumentalist, record producer, and the founder and President of ECR Music Group (SONY/Orchard), a global music company that operates under an elemental principle unique in the music world: all of its artists and labels own one-hundred percent of their master recordings.

Morgan’s ideas, opinions, and editorials on music have been published regularly, including by The New York Times, Billboard Magazine, CNN, Newsweek, Variety, NME, The Huffington Post, and The Guardian. He lectures frequently, including at The Georgetown University Law Center, California State University, Syracuse University, NYU’s Clive Davis Institute of Recorded Music, American University, and at his alma mater, Berklee College of Music. His music advocacy has taken him to Capitol Hill numerous times where, as the founder of the #IRespectMusic movement, he continues to fight for music makers’ rights in the digital age.