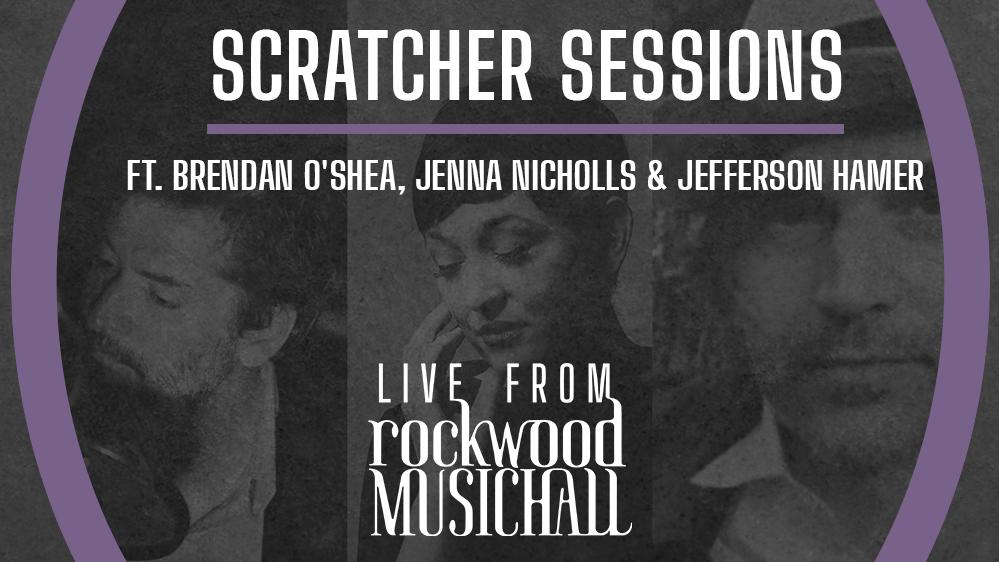 This event took place on January 10th, 2021, but on-demand replay is available for an extended period of 1 WEEK from the end of the show (through Jan 17)!

REPLAY STARTS AT THE 12 minute MARK. For best playback, we recommend using a Safari browser

A veteran of the New York music scene since the late 90’s, O’Shea has developed a delicate songwriting style and a vast following over the last two decades. His four albums have garnered critical success both here and abroad. The Village Voice calls Brendan “A forerunner for you gig going dollar here in NYC with energy, truth, power and grace.”

Alongside his own musical ventures, Brendan is also the founder and co-curator of The Scratcher Sessions – an acoustic concert series at The Scratcher Bar in New York’s Lower East Side. One of the great listening rooms of New York, The Sessions has championed songwriters for the past 13 years as well as offered a starting point for Irish musicians in New York, positioning Brendan as the unofficial ambassador between the two shores.

Mr. O’Shea has shared stages with The Frames, The Swell Season, Glen Hansard, Cowboy Junkies, Elliott Smith, Loudan Wainright, as well as many others. In addition to headlining his own shows in both the United States and Europe, he has embarked on four tours of Japan with the Trinity Dance Company serving as its musical director and band leader.

The music of multi-instrumentalist Jenna Nicholls has been turning heads since she arrived on the doorstep of the Lower East Side of NY. Whether she’s crooning a jazz standard, belting out a New Orleans dirge or plucking her 1920’s style original ballads on here ukulele, she’s giving a vintage genre a new spin with her own lush nostalgic style.

Jefferson Hamer is a songwriter and guitarist based in Brooklyn, NY. As a collaborator he plays many musical styles including electric American Roots (Session Americana), English Folk (Child Ballads, with Anais Mitchell), and traditional Irish music (Murphy Beds, with Eamon OʼLeary). In 2018 he released Alameda, a self-produced LP of original songs. His most recent album is a harmony-rich folk and pop recording with Nashville musicians Kristin Andreassen, Lauren Balthrop, and Lawson White, affectionately known as JKLoL.

His personal influences include classic British folk icons such as Richard Thompson and Bert Jansch, golden-era songwriters like Gordon Lightfoot and Neil Young, cosmic American country from Gram Parsons to the Grateful Dead, brother duets, and progressive innovators of Irish traditional music such as Planxty.

With Anais Mitchell, he wrote and recorded Child Ballads, an album of reimagined English folk songs which earned a BBC2 Folk Award and was named one of NPRʼs top-ten Folk releases of the year. His duo with Dublin-born songwriter and traditional musician Eamon OʼLeary, The Murphy Beds, has toured extensively across the USA and Europe and performed with Glen Hansard, Bonnie ‘Princeʼ Billy, and Sam Amidon. About their self-titled debut release, The Huffington Post wrote, “The album bears repeated listening from start to finish, with ten beautiful, crystalline songs.” As an electric guitarist, his playing and songwriting is featured on several LPʼs with Cambridge, MA roots ensemble Session Americana (he also is credited with engineering and producing their album Great Shakes), and along with fiddler Laura Cortese he recorded an electric guitar-and-fiddle duo album called Two Amps, One Microphone. His playing and singing can be heard on studio recordings by artists such as Hannah Read, The Brother Brothers, Sarah Jarosz, The Duhks, Reed Foehl, and Kristin Andreassen.