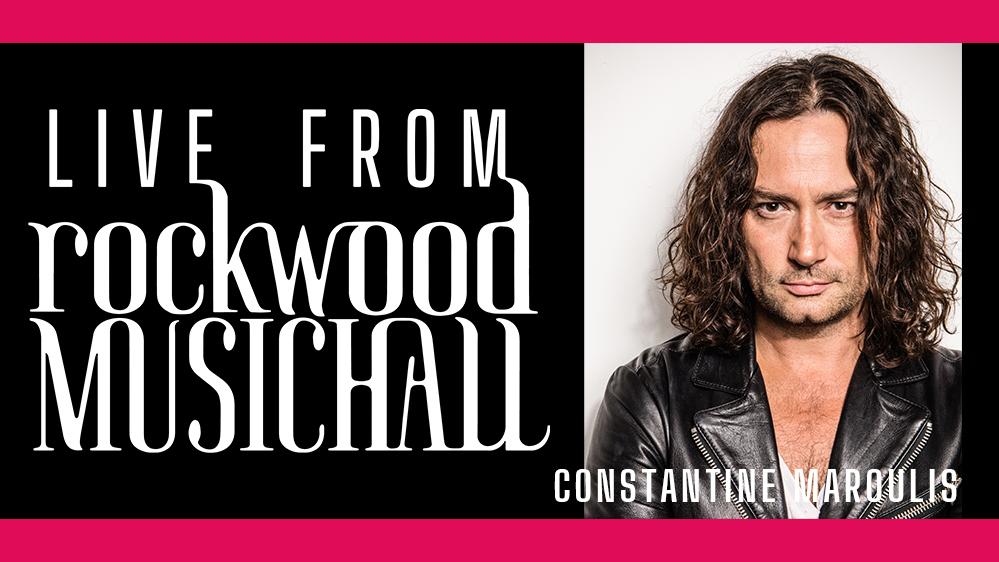 This event took place on October 5th, 2020, but replay to watch at your own pace is available!

REPLAY STARTS AT 20:00 Replay available for 48 hours from the end of the show

Tickets are $20 - please note the flexible pricing, and tipping options for venue and/or artist(s) within the stream.

Constantine Maroulis is an accomplished actor, producer, singer and songwriter best known for his Tony-nominated performance in Rock of Ages and his epic run as a finalist during the heyday of American Idol. His new original album, Until I’m Wanted, was released in July of 2020.

Prior to the pandemic, Constantine had been actively touring worldwide, contributing to projects that include Scott Bradlee’s acclaimed Postmodern Jukebox, RockTopia, and Adler’s Appetite featuring legendary Guns N Roses drummer Steven Adler. Constantine is also developing a number of creative projects in TV and film, including Tony-nominated work as a producer of Broadway’s revival of Deaf West's Spring Awakening. Recent credits include Amazon’s Golden Globe winner, Mozart in the Jungle, Madame Secretary, Law & Order SVU, The Tonight Show, Dancing With The Stars, America’s Got Talent, Howard Stern Show, The Today Show and a triumphant return to American Idol as a mentor in season 15. Constantine is a graduate of the Boston Conservatory at Berklee College of Music. For additional information and socials please visit ConstantineMaroulis.com