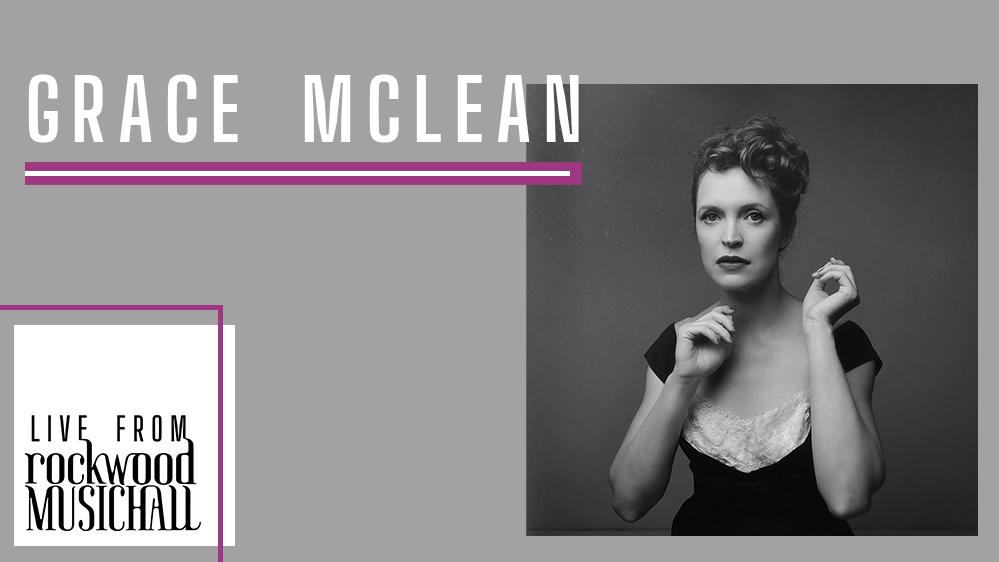 This event took place on December 14th, 2020, but replay to watch at your own pace is available!

Called “electrifying” by The Huffington Post and “phenomenal” by The New York Times, Grace McLean is a multi-hyphenate actor-singer-writer on the rise. In addition to performing in the New York theater scene on Broadway and off, Grace also makes time for her acclaimed original music, writing for her band Grace McLean & Them Apples. With an artistry that combines Regina Spektor's quirkiness, Nellie McKay's jazz sensibilities, Fiona Apple's cutting introspection, Kimbra's sass and Merrill Garbus of tUnE-yArDs' rhythm, McLean adds up to one beautiful weirdo. Manhattan User's Guide writes, "this pop and jazz singer writes seriously infectious melodies with seriously antic lyrics. Her voice can raise the roof, or she can slide off a note and break your heart,” and Stephen Holden of the New York Times says “Ms. McLean’s voice [is] a flexible instrument with unexpected reserves of power...Behind her playful adventurousness lies a well of passion.”

Grace is a Writer In Residence at Lincoln Center Theater where her first original musical IN THE GREEN was commissioned and produced, received a 2020 Richard Rodgers Award, and a Lucille Lortel Award for Outstanding Lead Actress in a Musical for McLean. She has had two artistic ambassadorships with the US State Department touring Pakistan (2015) and Russia (2018), and her band performed in both the 2015 and 2016 Lincoln Center American Songbook series. Grace received the 2017 Emerging Artist Award from Lincoln Center for the Performing Arts and is a 2018 MacDowell Colony Fellow. She has developed work at CAP21, SPACE on Ryder Farm, Goodspeed, The Orchard Project, The PiTCH and with The Civilians R&D Group. Grace McLean & Them Apples have released 2 EPs, “Make Me Breakfast” and “Natrural Disaster,” and are looking forward to releasing a full length album soon. The IN THE GREEN original cast album is available now. www.gracemclean.com